I found (well Yvonne found) a recipe for Custard Creams online, after the triumph of the Sourdough Digestive I thought I would have a go. I'm getting into making more biscuits now, next will be a Ginger snap I think.

It was a fairly straightforward recipe, mostly flour, custard powder, butter, egg yolk and sugar, except that I had to juggle the mixture a bit after putting too much milk in when binding it together, but eventually I got the consistancy right and managed to get 40 biscuits from a batch of dough.

They baked really quickly, probably because I had rolled them really thin, then of course I had to let them cool down before icing (Patience is NOT my strong point)

The Icing was just sugar and water, with a drop of Vanilla Essence. 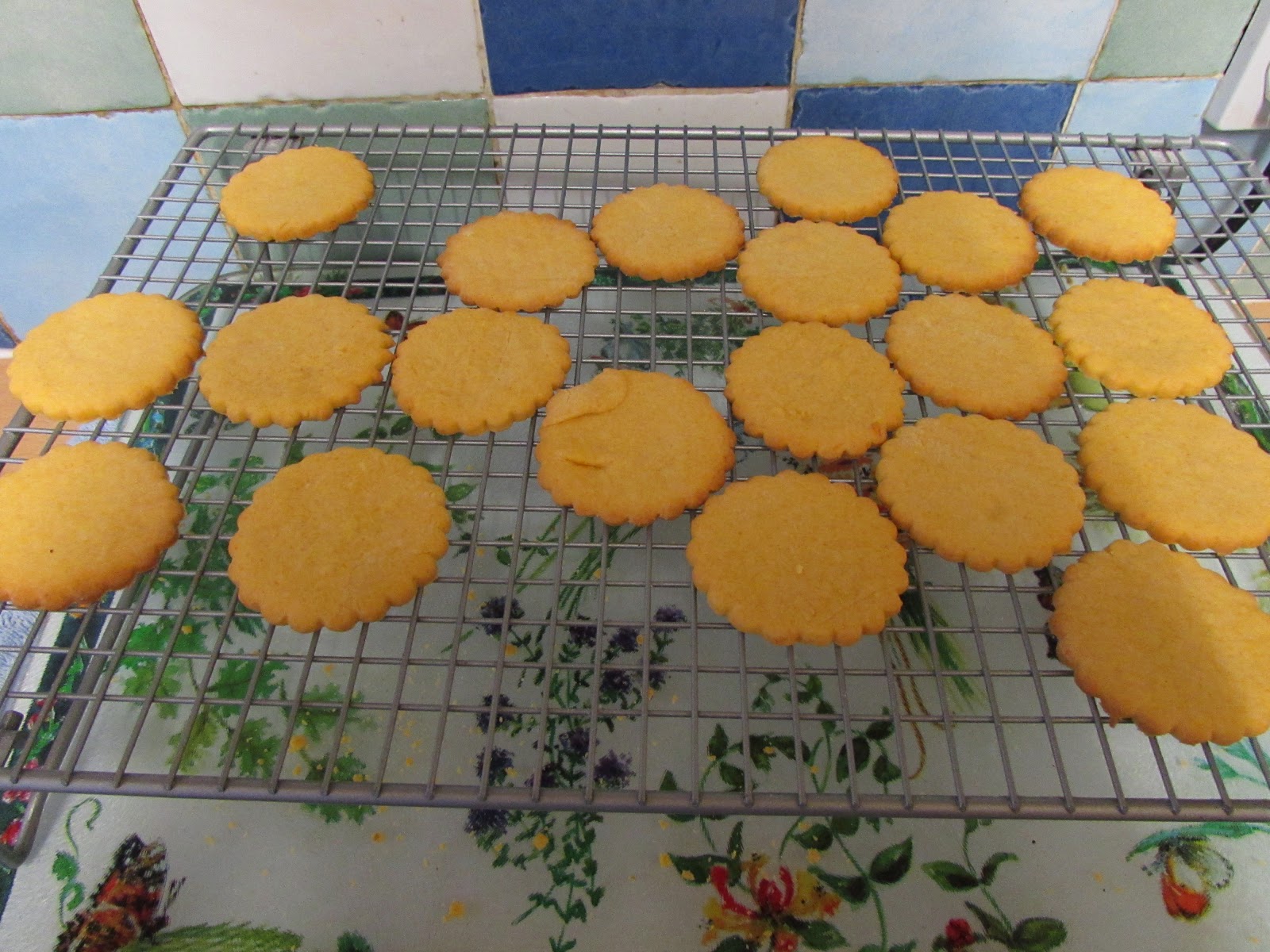 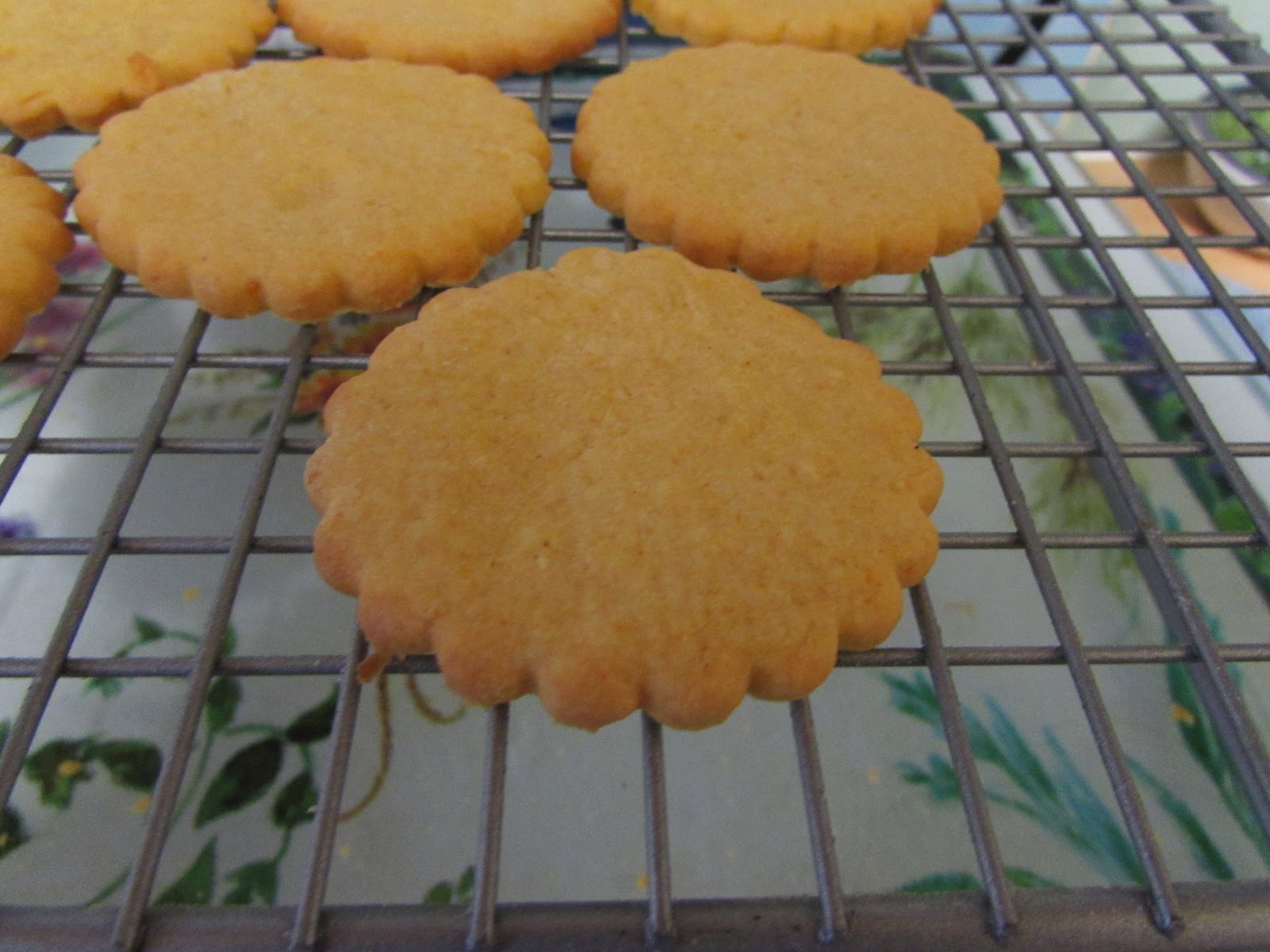 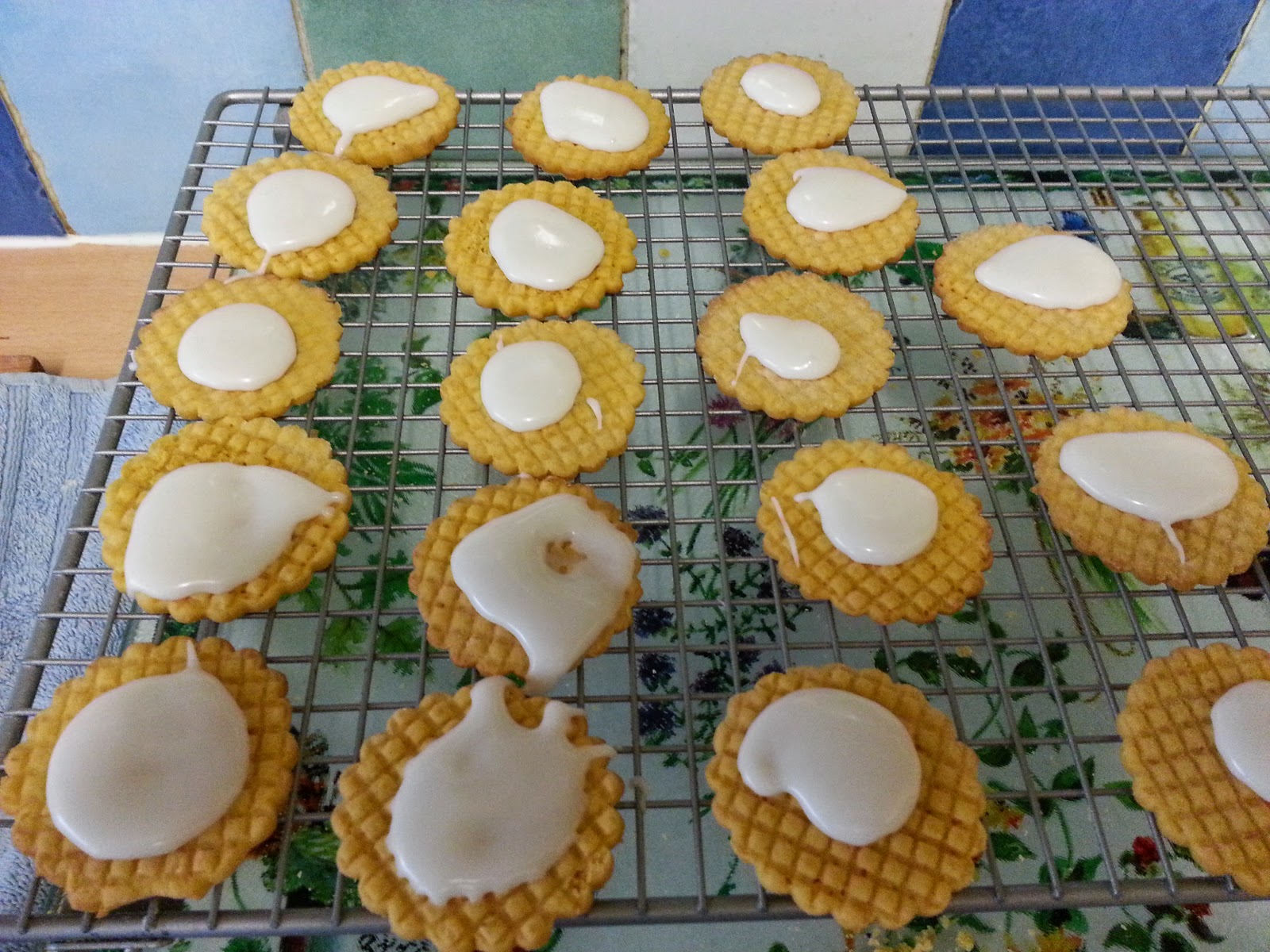 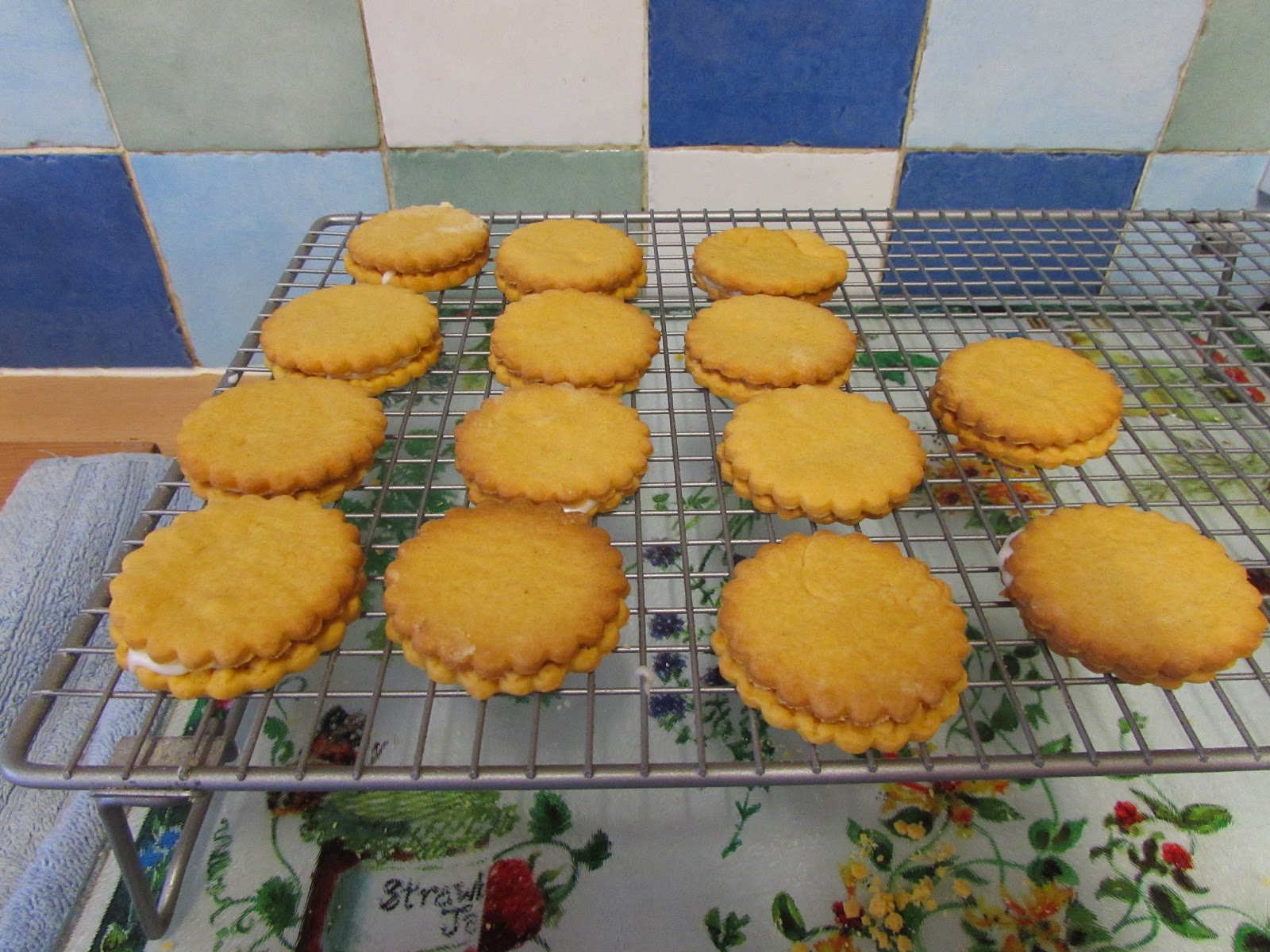 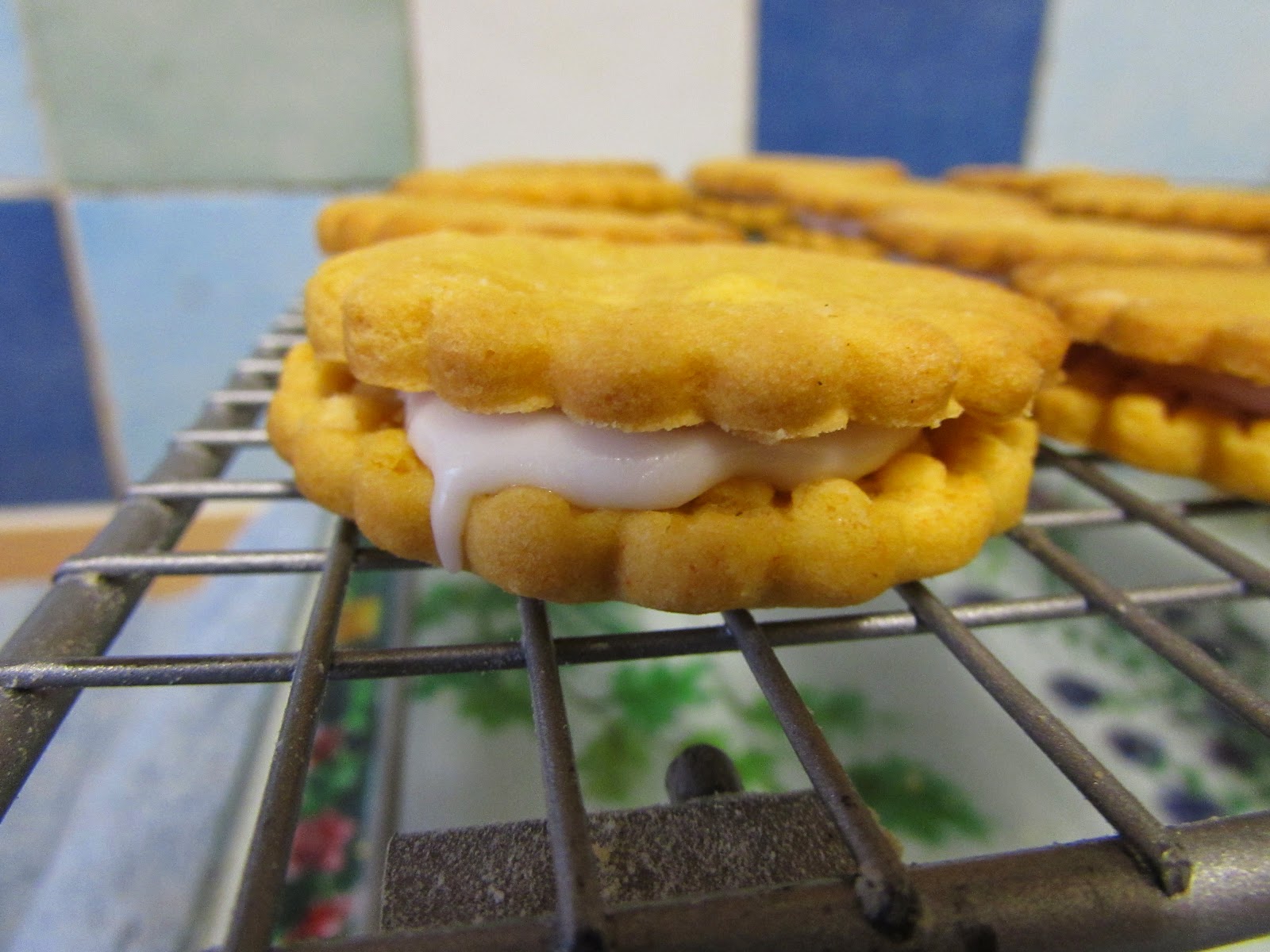 Probably worth it though. 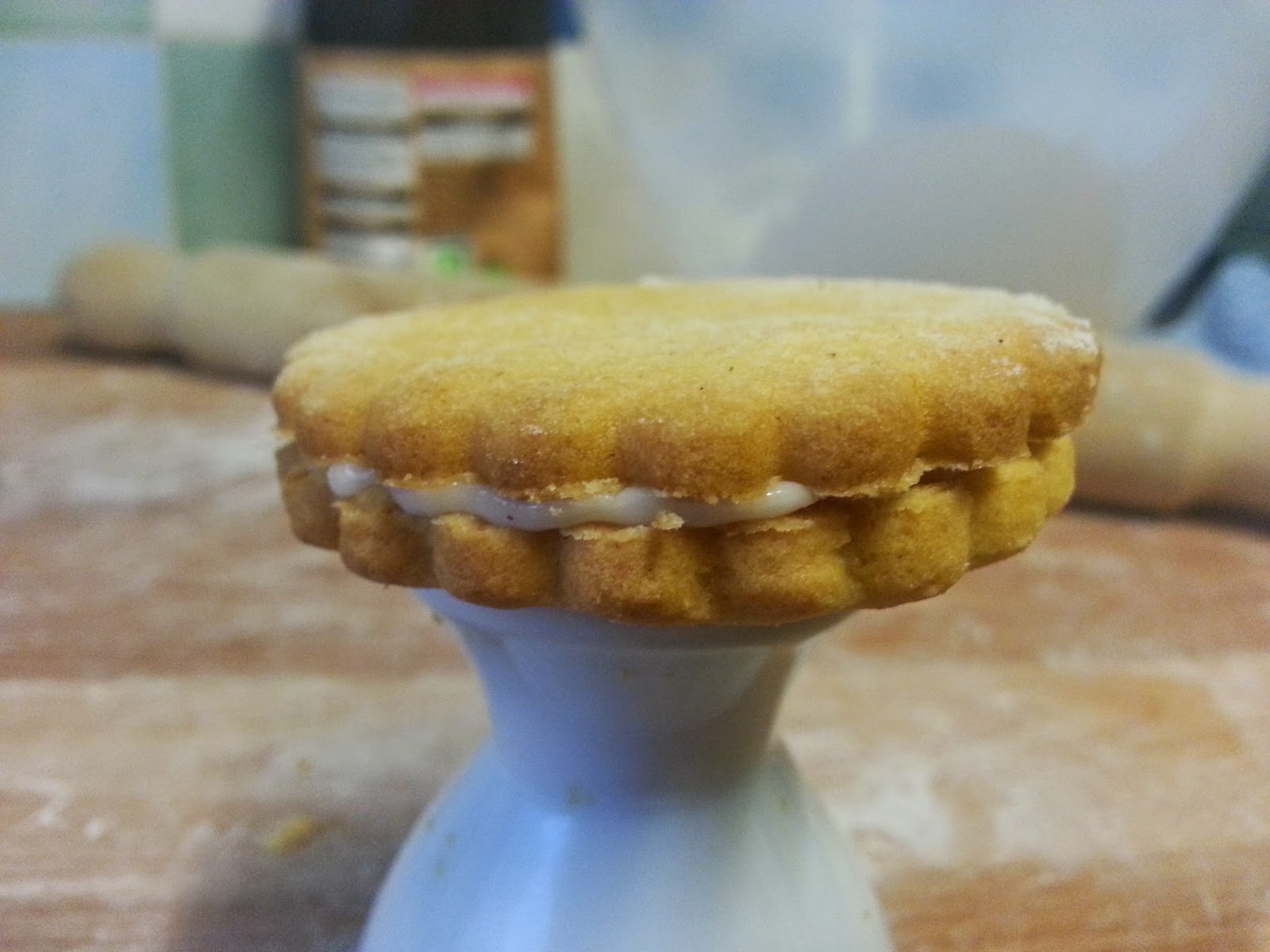