Three new breads to try today, one success, one nearly and one that needs a little more thought.

Firstly, following the successful baking of the Pea Bread, I thought that I would use it in its logical place, a fish-finger sandwich. I think that for the Mark 2 version I will incorporate some whole peas, just to make the point. 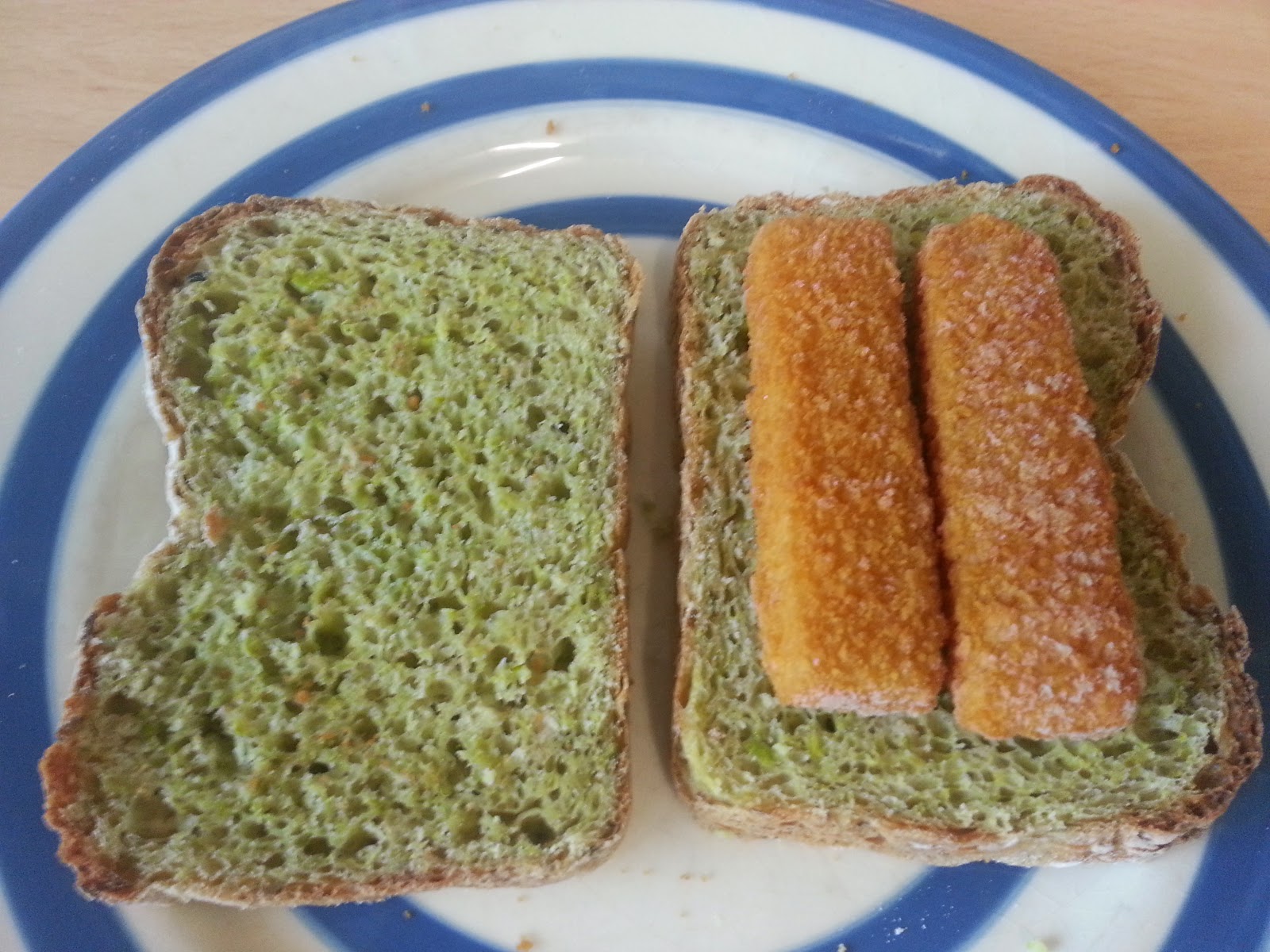 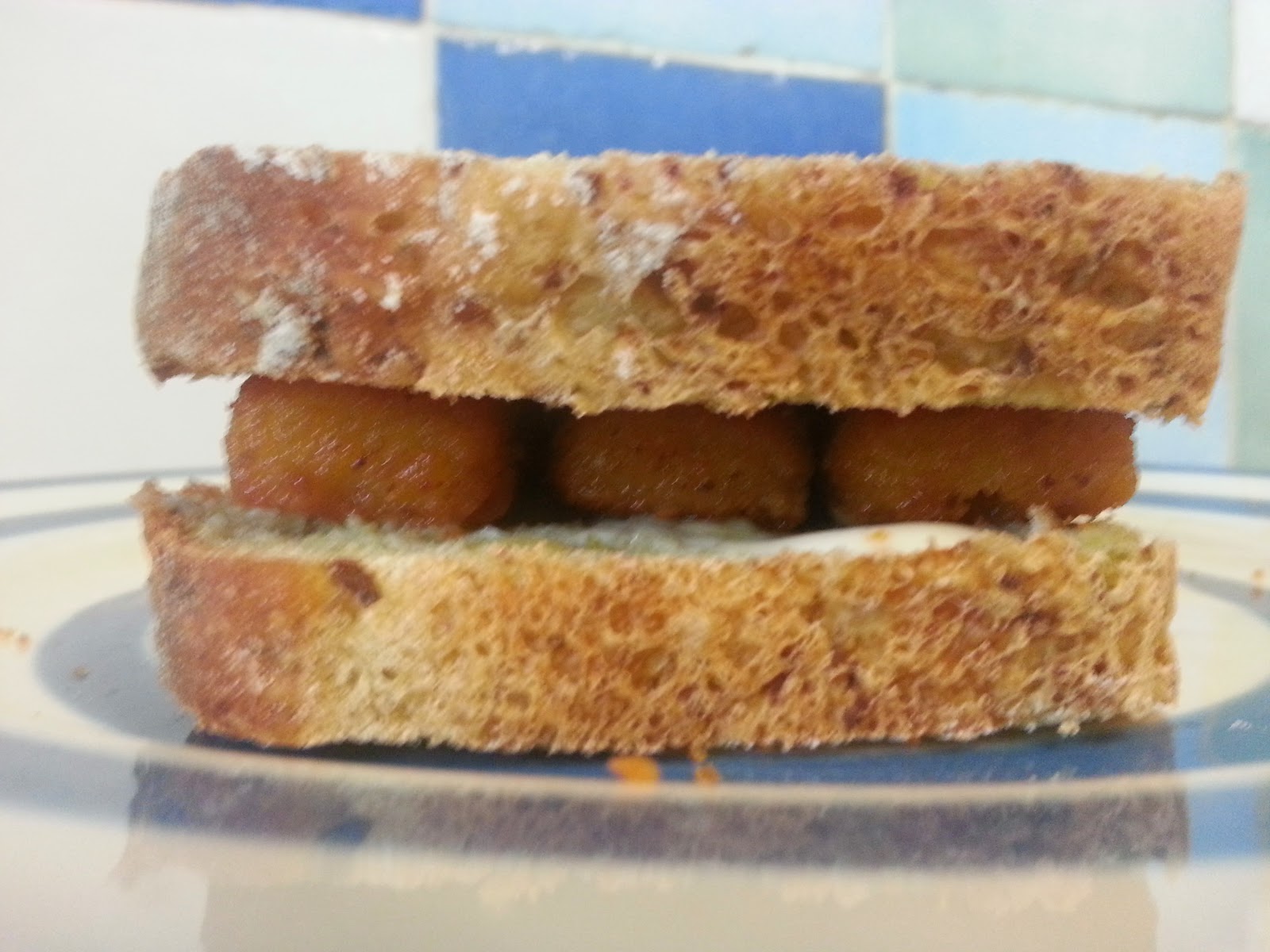 It tasted pretty good as it was though.

Another of Yvonne's inspired ideas was the Chocolate and Marmalade loaf, I tried this with Wholemeal flour, in an attempt to be a bit healthy, but it only masked the flavours, again a little work is required to get the mix right. But it looked the part. 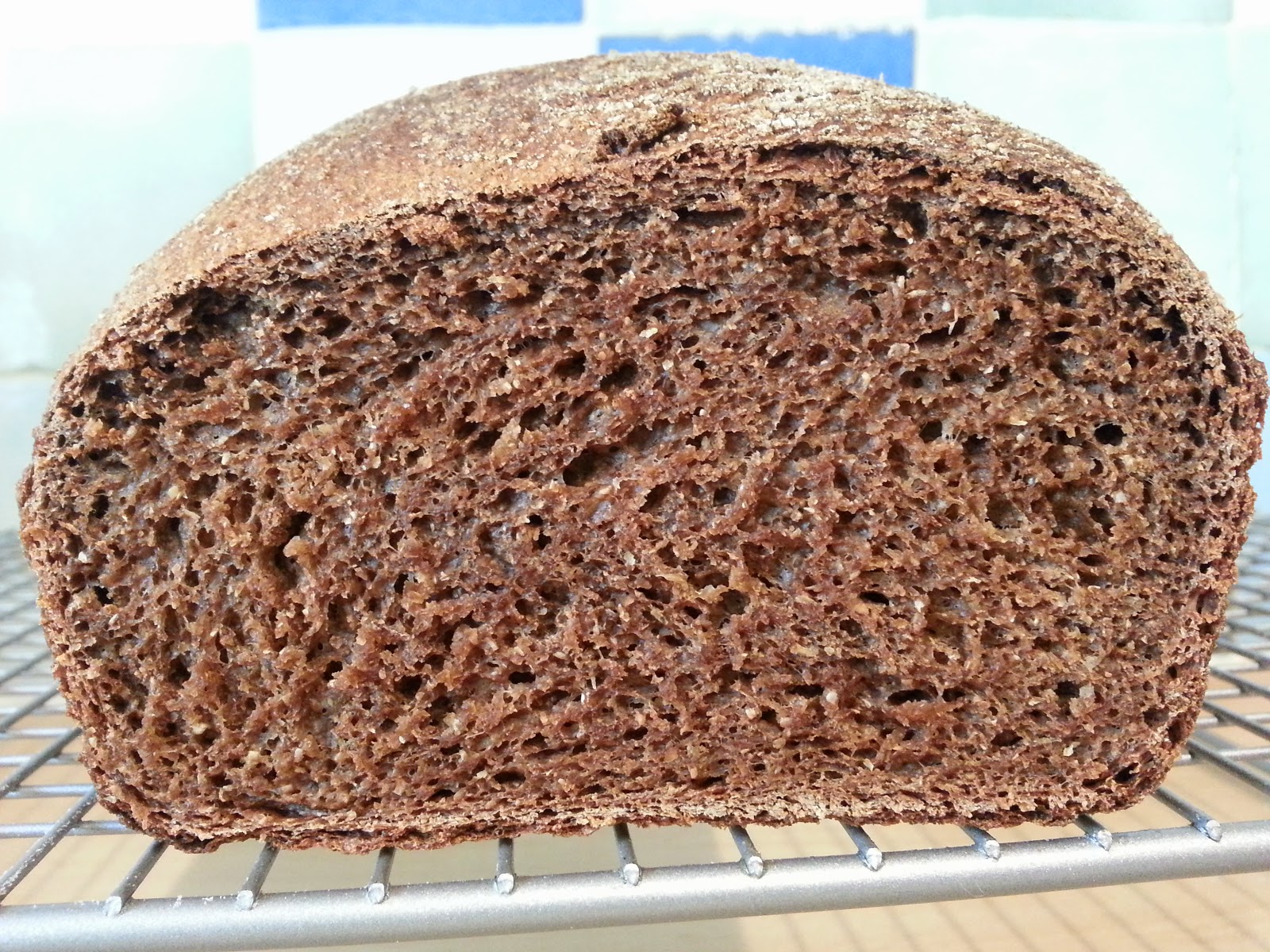 and the third idea I picked up from the Internet, Lentil and Turmeric sourdough, again the finished product, while very tasty needs a little work to get a better result. 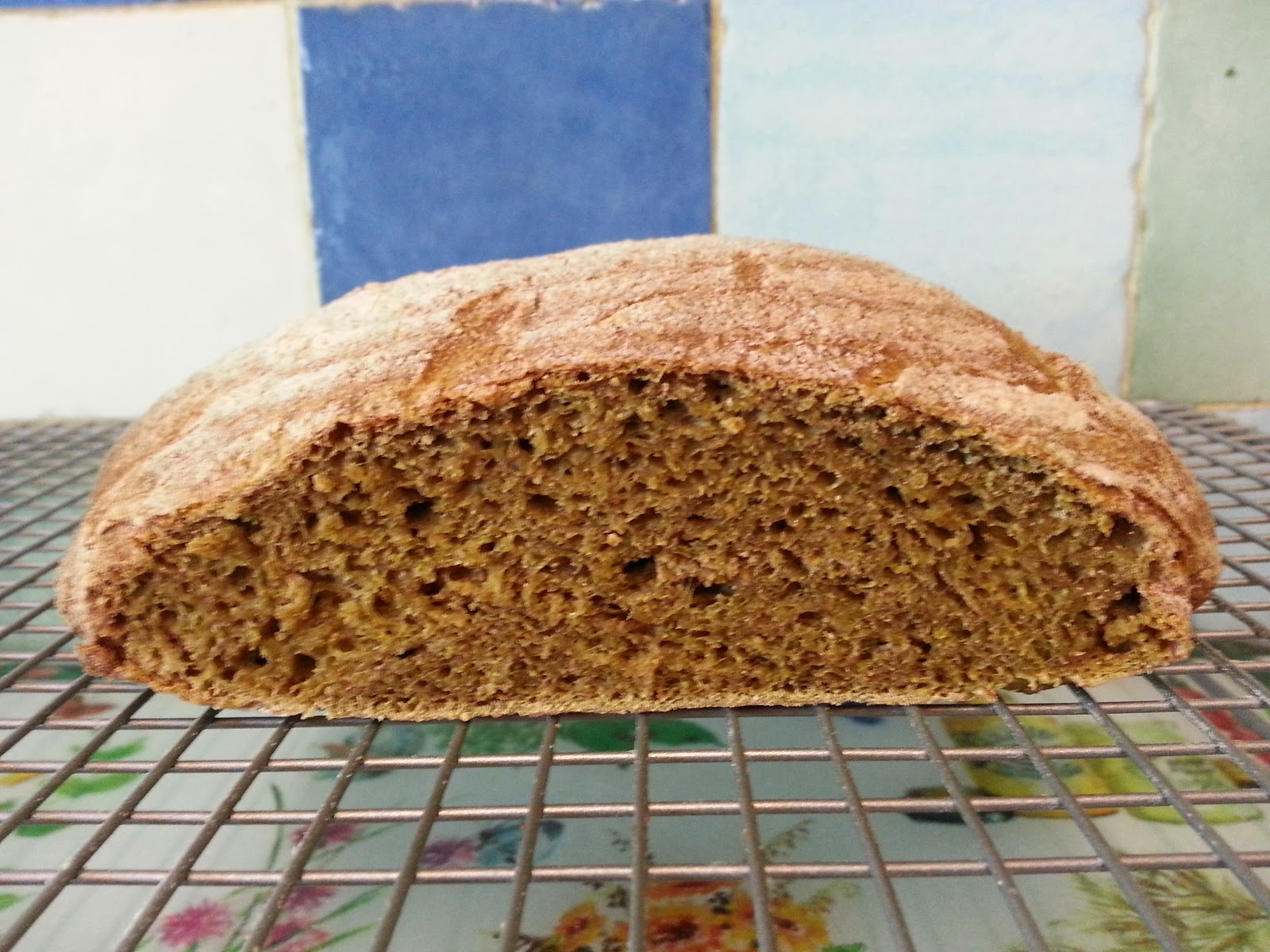 I managed to sell the Curry bun in Gravesend and have orders for more next time , so that was a vindication of my idea.
Now it's back to the weekly orders today I start the Rye Sourdough for Oats, it will be ready on Wednesday.
I actually had a spare Rye Sourdough from last week, after making one to take to Gravesend, Yvonne polished most of it off while I was at work, but I managed to get a picture of the crumb, which I had never seen before. 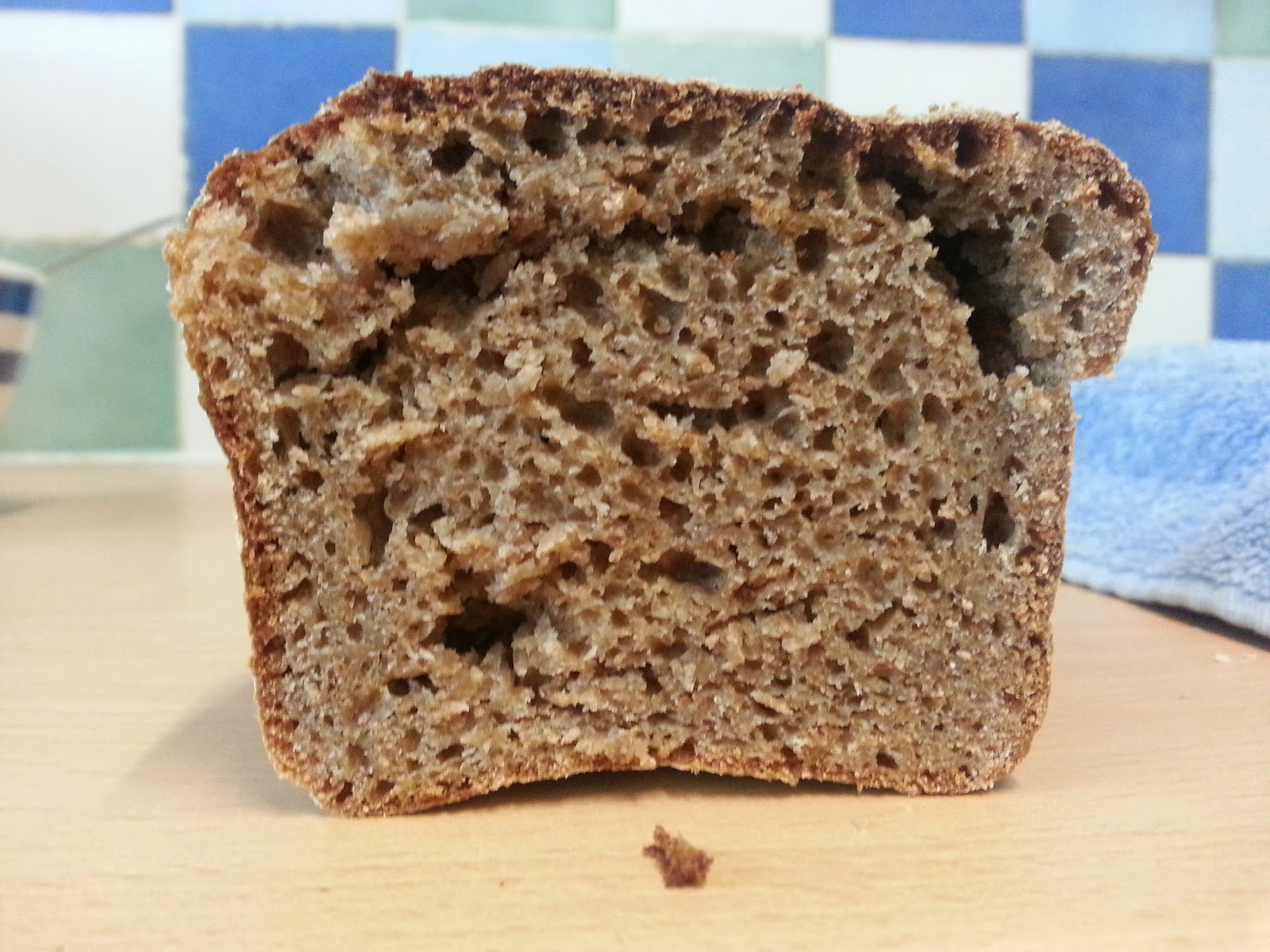