So I got some Black Pudding and fried it up, 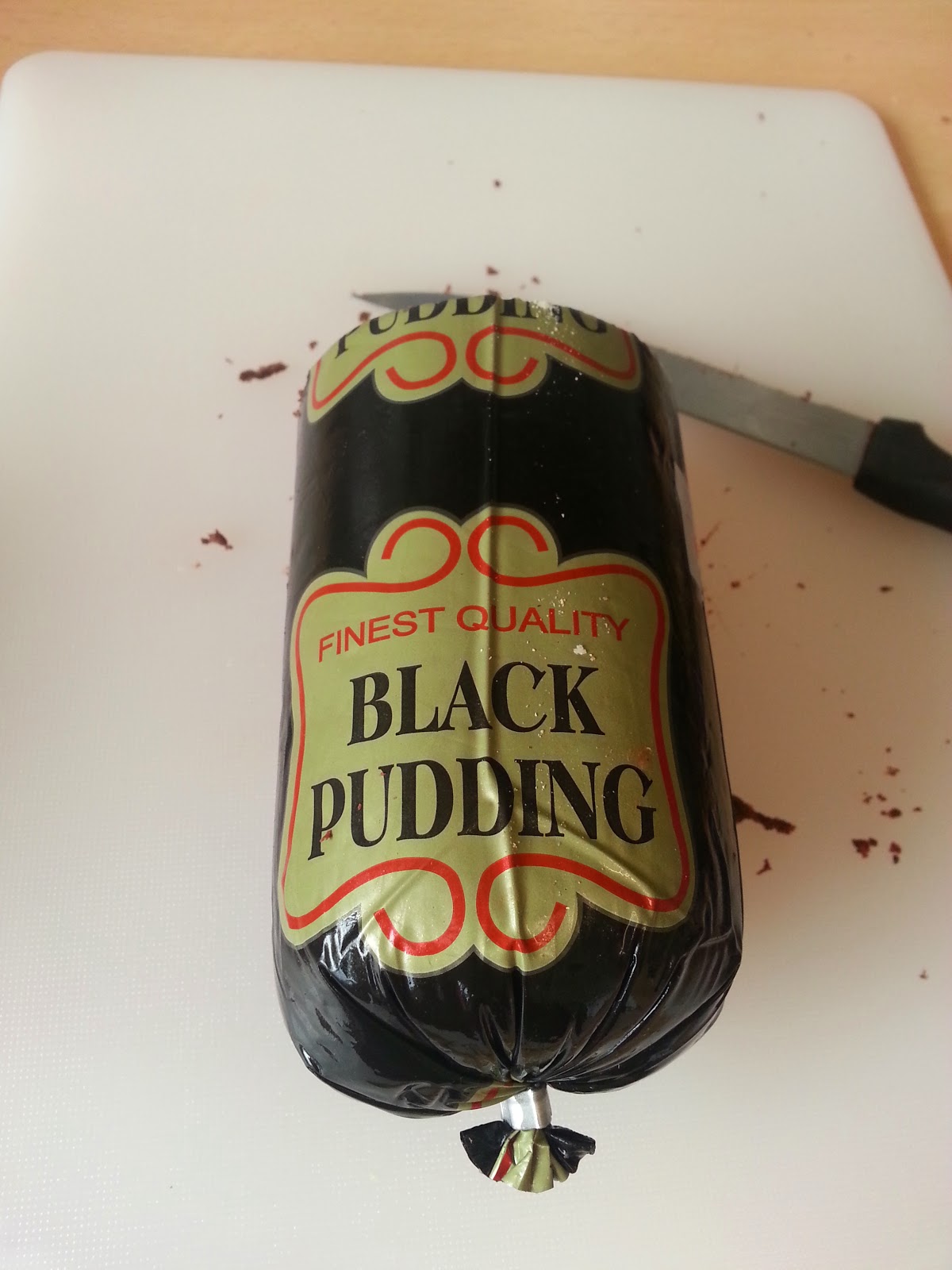 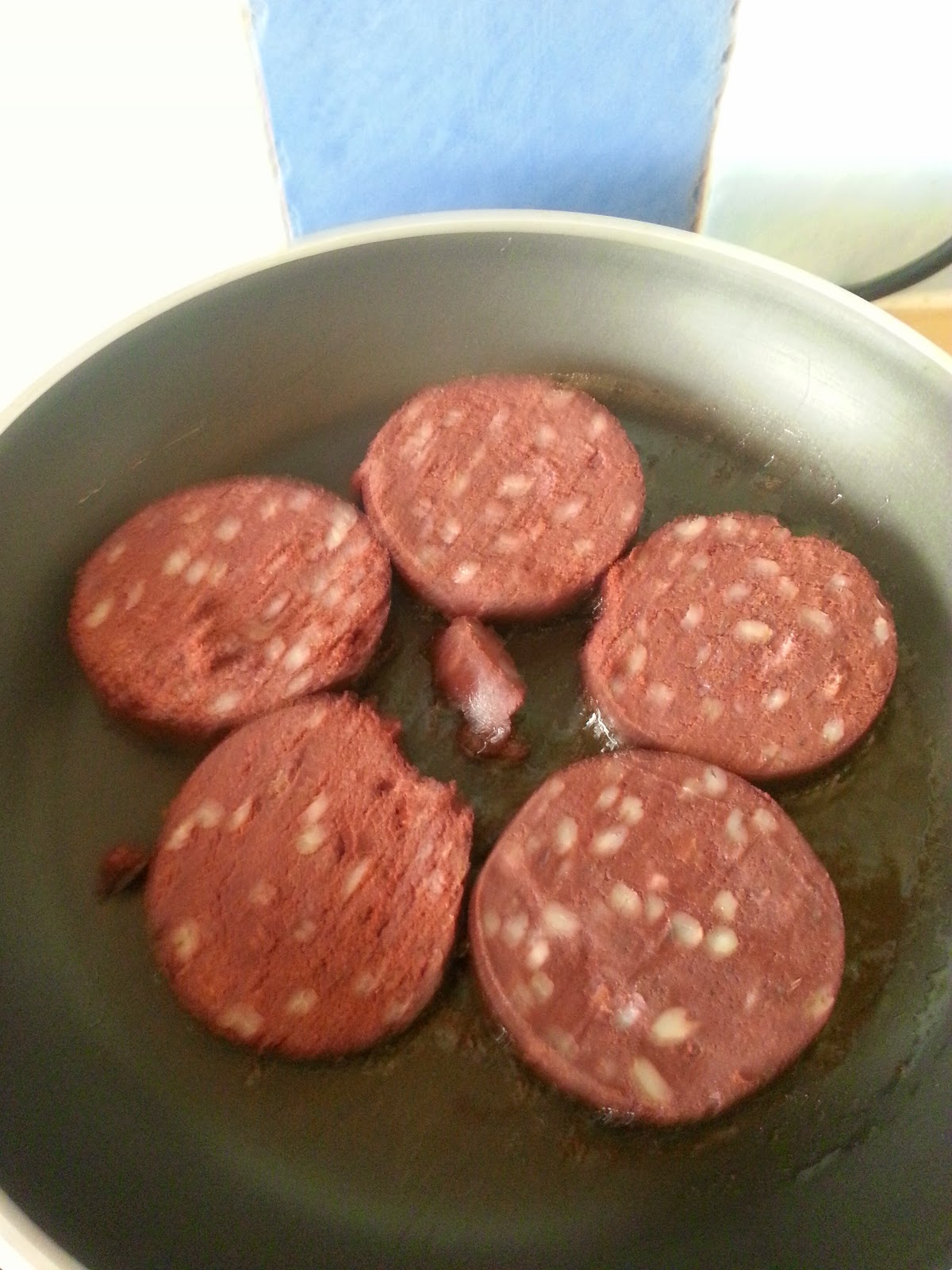 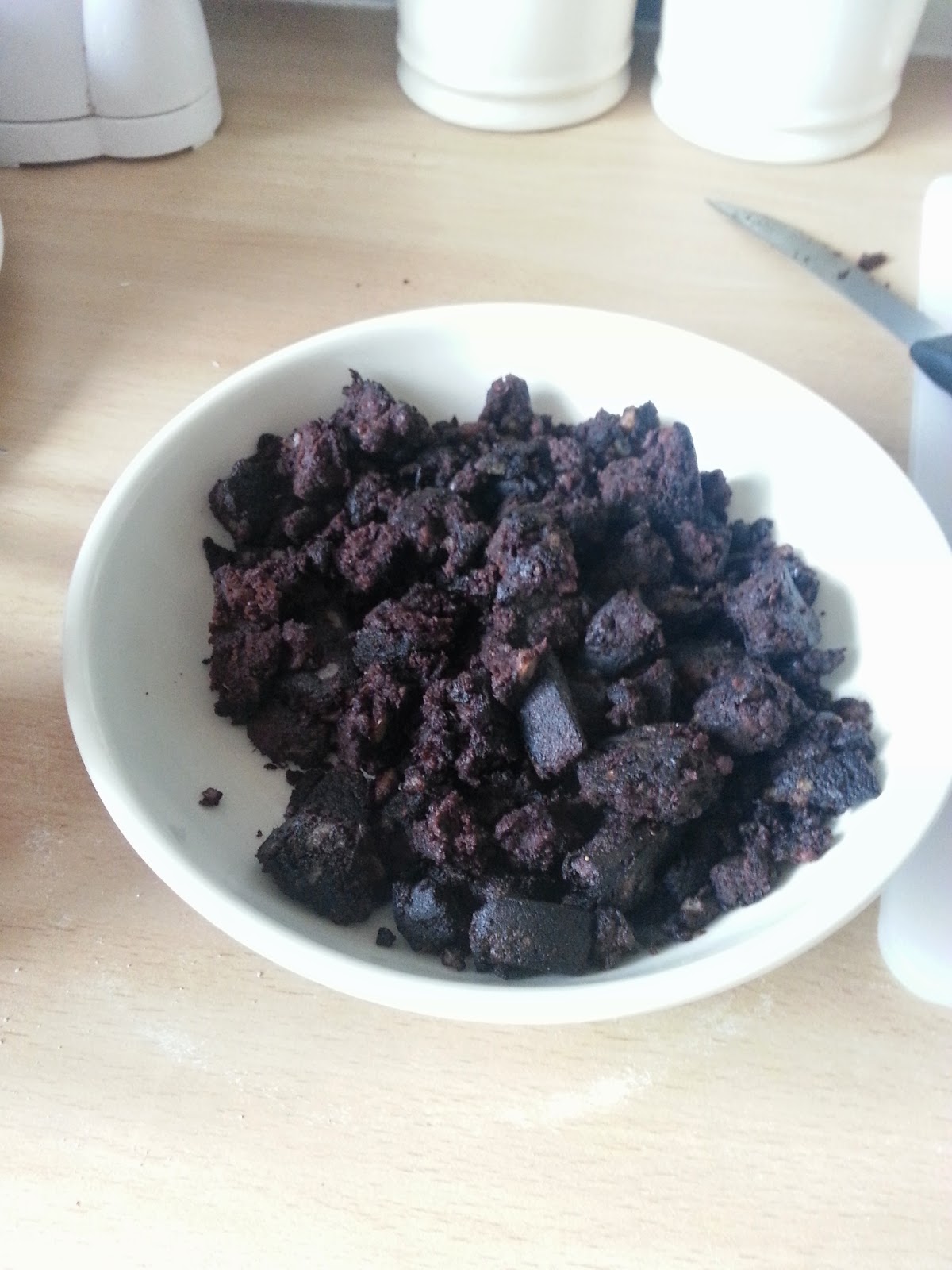 crumbling it into pieces. Then I fried Pancetta and mixed it in. 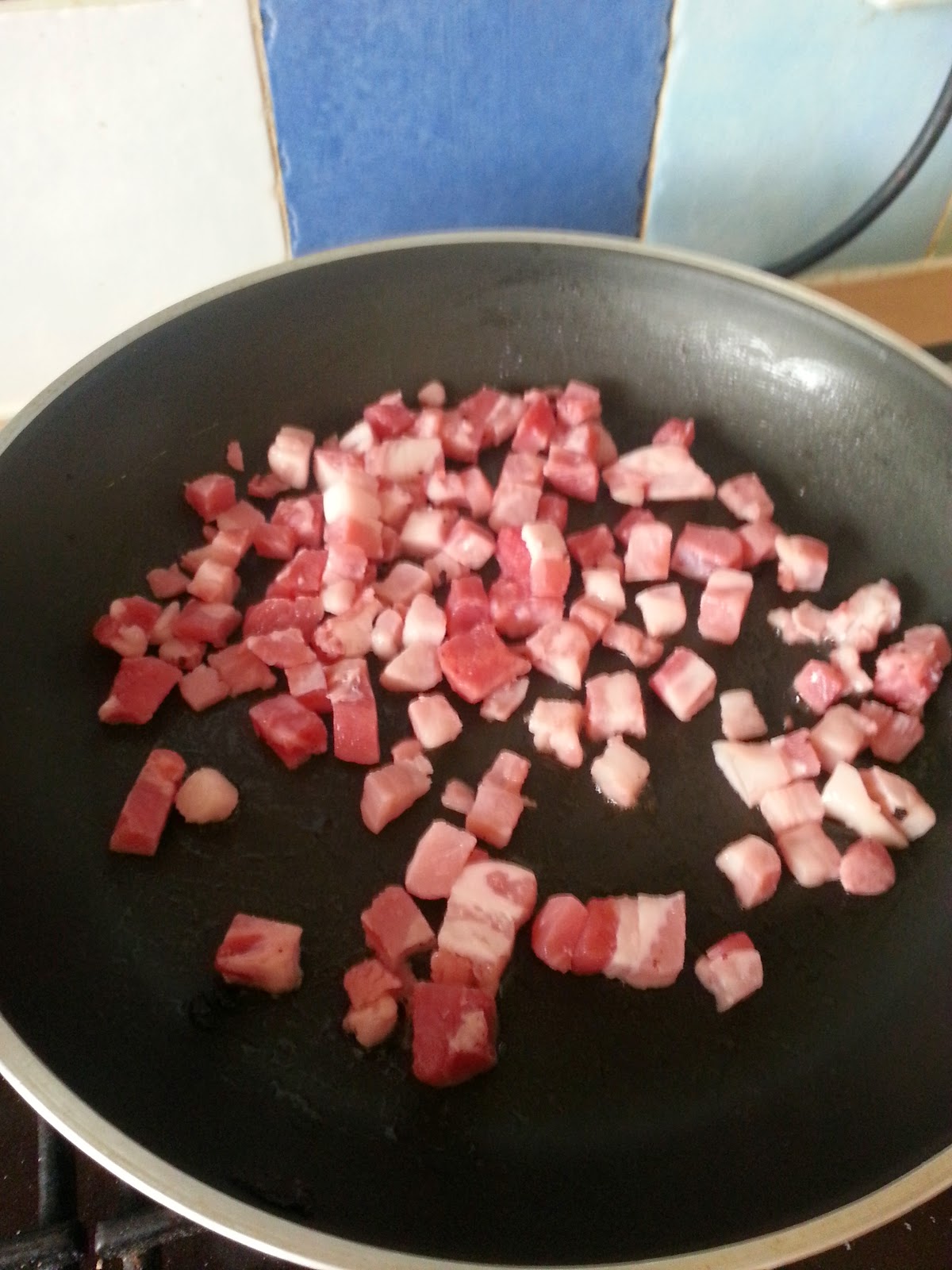 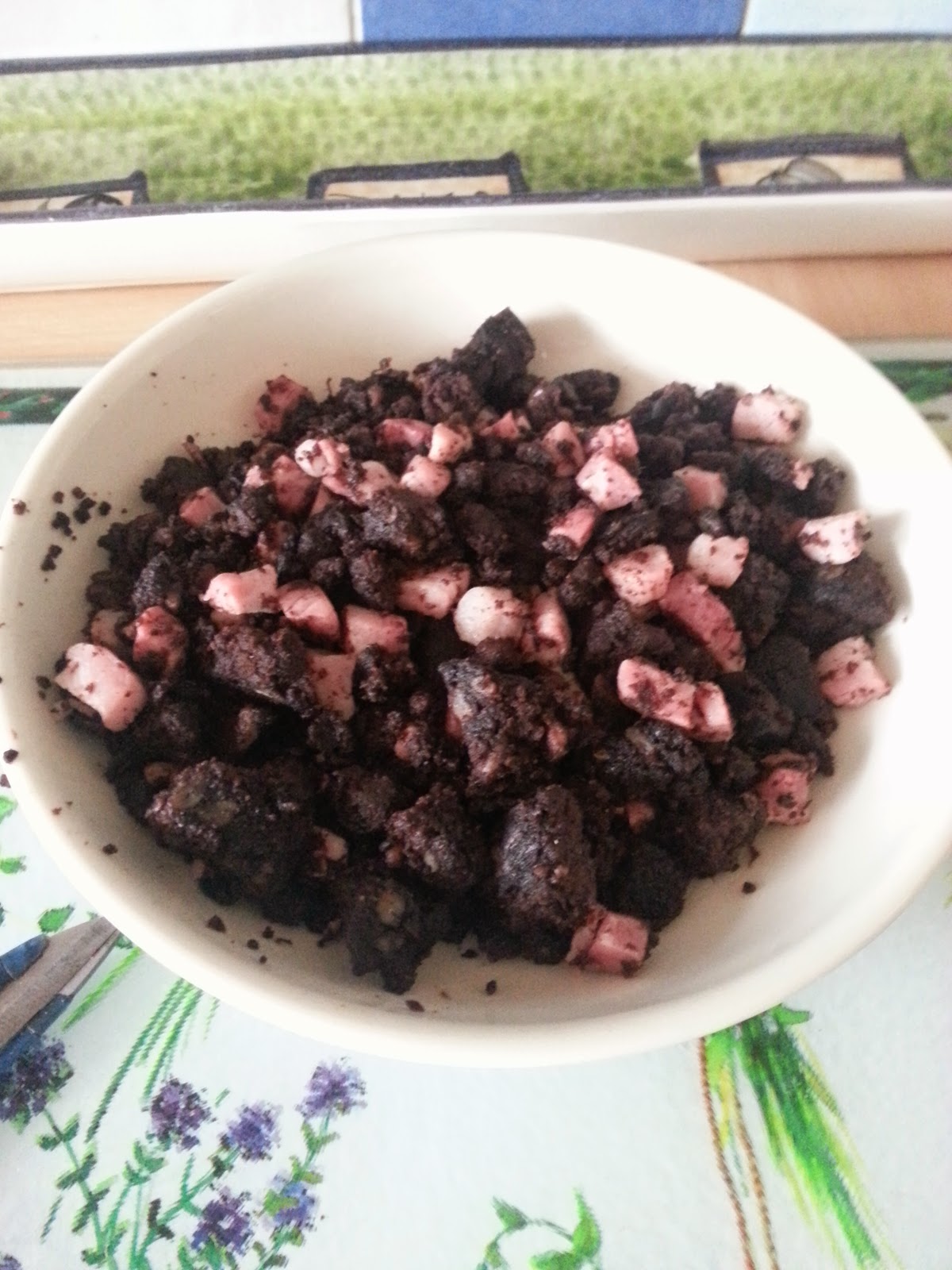 Next job was to make the dough and add the mixture, 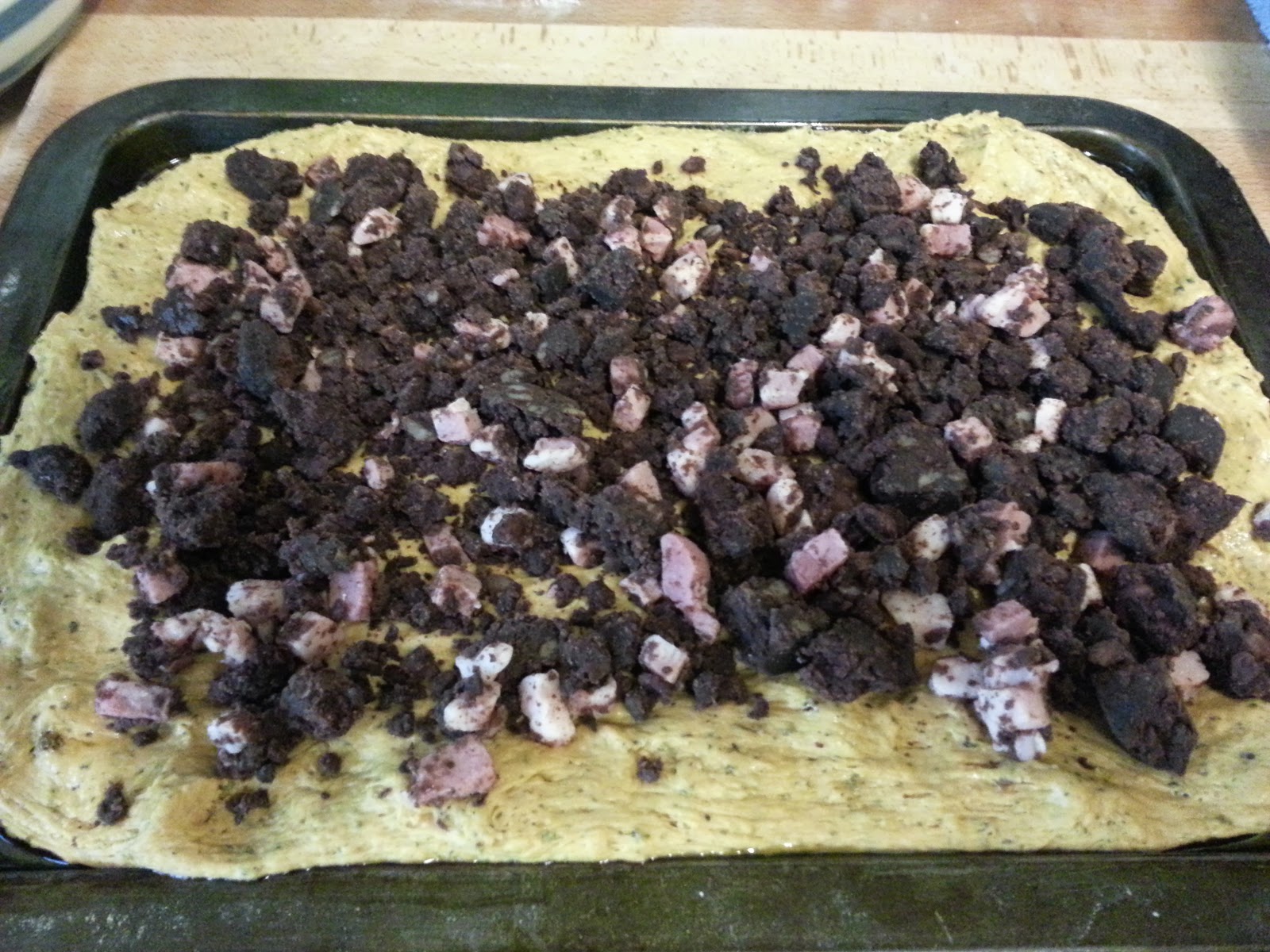 then roll and cut, 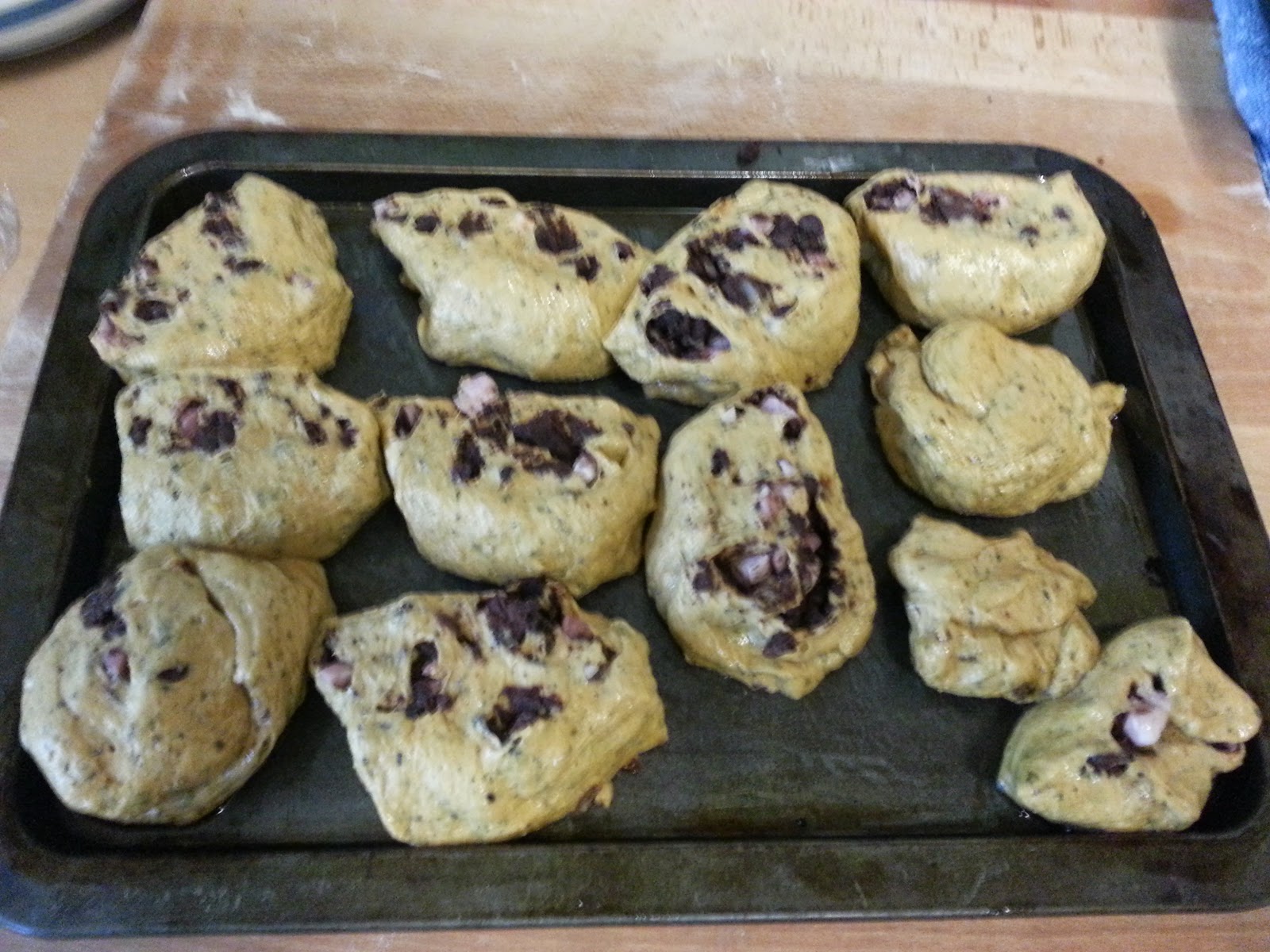 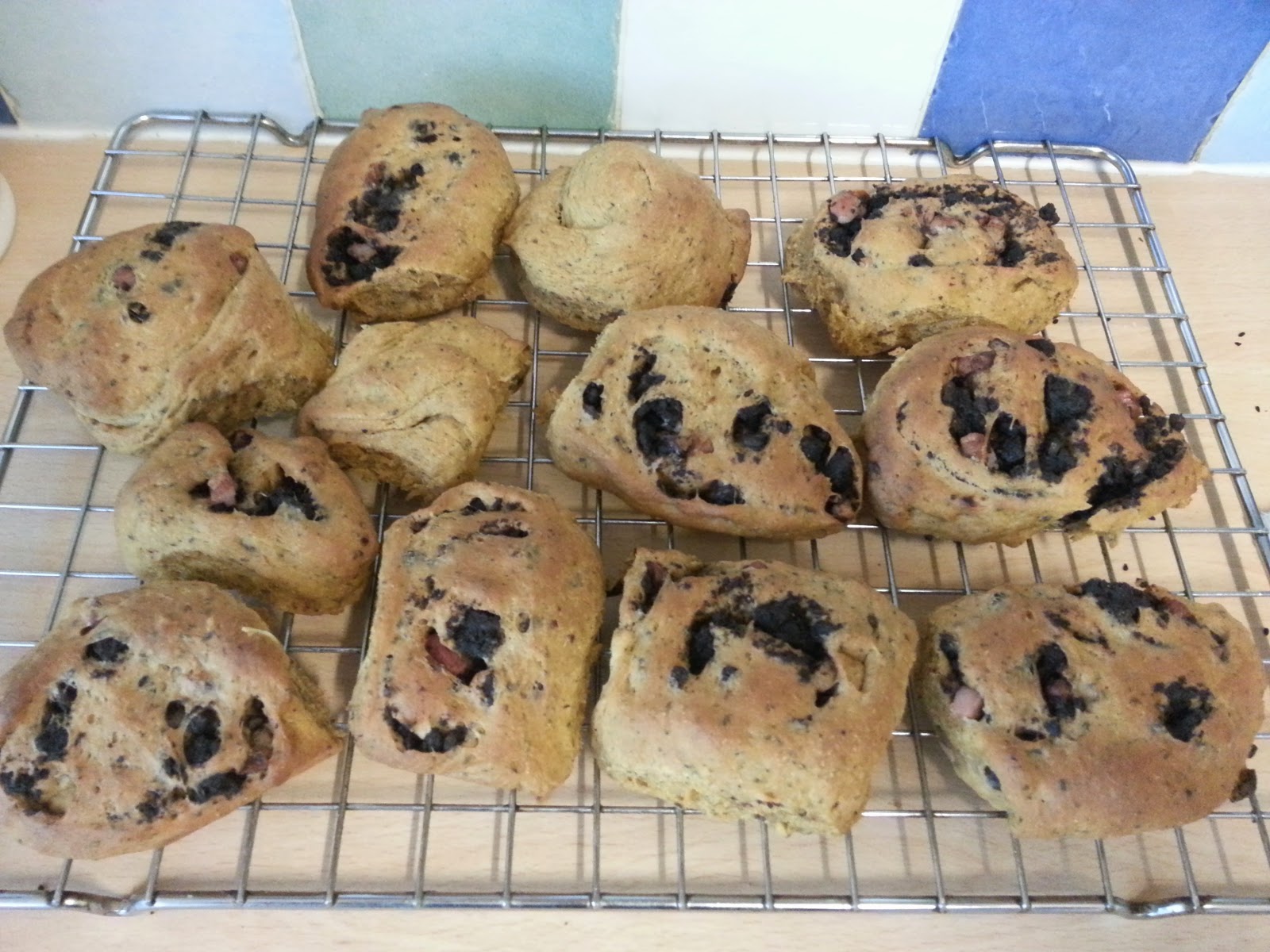 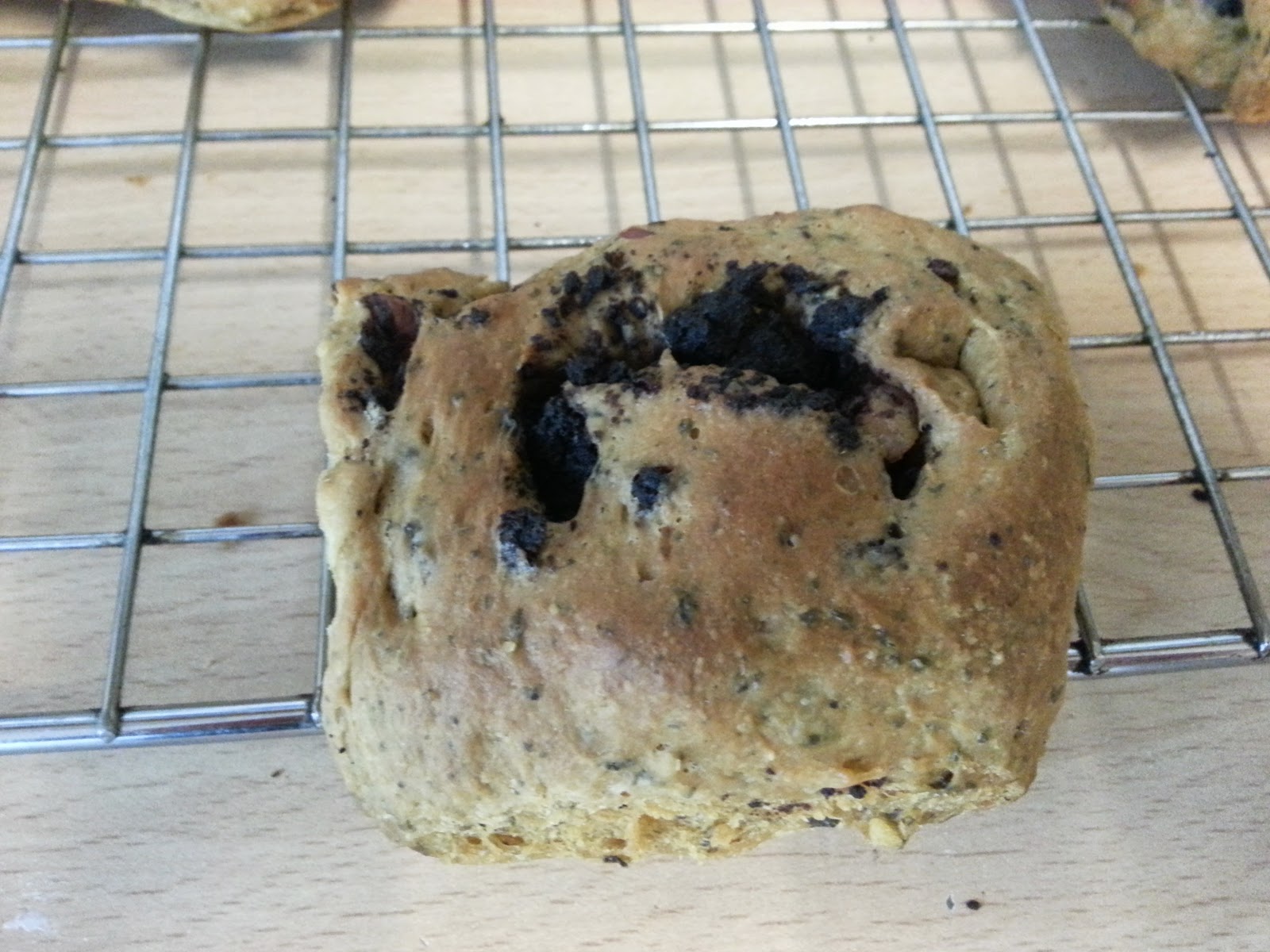 I took a sample down to Millie and Me, and was told it was a  "triumph".
I also suggested the Pea Bread, (remember that?) with added whole peas and fried potato as the basis of a fish finger sandwich, now I'm experimenting to make it come true. But that's a story for later.