In response to a couple of requests, here is my way of making Spelt Sourdough, freely adapted from a lot of places on the web (thanks everyone, I can't  remember which one of you helped with which bit but thanks) and after a bit of trial and error on my part I have come up with this method. It must be OK because I sell about 10-15 loaves a week and have had nice things said about the results.

First my starter is just a normal 100% hydration starter using Wholemeal Spelt flour. I get mine in bulk from Shipton Mill, 20 kilo's a month of both White and Wholemeal Spelt. More about that in a minute.

The starter is well established and I keep it in the fridge, on Mondays and Wednesdays I take out a bit and start to feed it up ready to bake. The amount depends but I always feed twice at 18 and 6 hours before mixing my dough.

For each loaf I use,

The flour is made up of 50% Wholemeal and 50% White Spelt, it gives a softer crumb and people seem to prefer it. On the occasions when I have tried 100% of either it's not gone down so well. Sharpham Park in the UK sell a ready mixed blend of White and Wholemeal Spelt as well.

Anyway mix everything in a large tub and leave it for an hour. Then stretch and fold hourly three times. Another hour after the last set, split into portions and leave to rise. No need to refrigerate, the low amount of starter means that the rise is slow.


At 0500 I gently turn the dough out and fold once on a lightly floured surface, being careful not to knock too much gas out! The loaves then go into floured tins for 60-90 minutes, depending on when they are risen to the top of the tins. If you leave them too long you get a big bubble in the middle so keep an eye on the dough. Check the pictures to see what I mean.


Bake with steam for 25 minutes, then without for another 15 or so until the internal temperature is above 95°C. I don't slash them, the dough is too wet and they make nice patterns on their own. 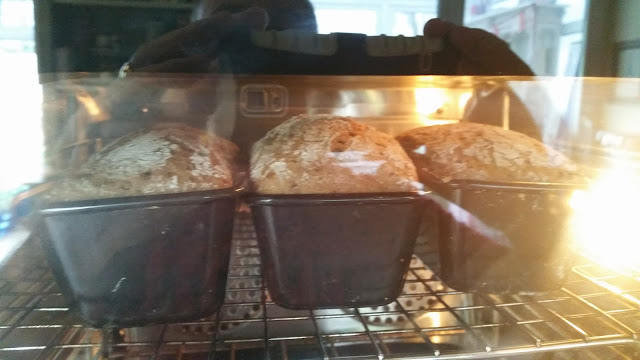 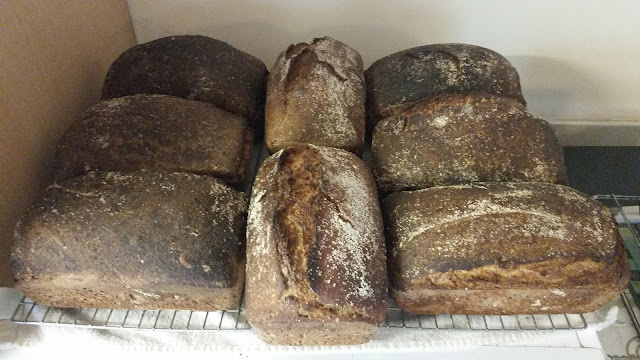 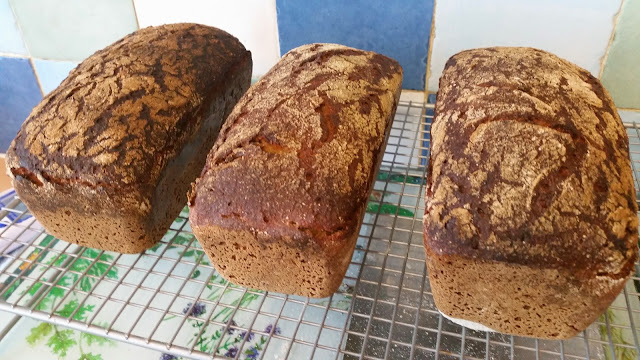 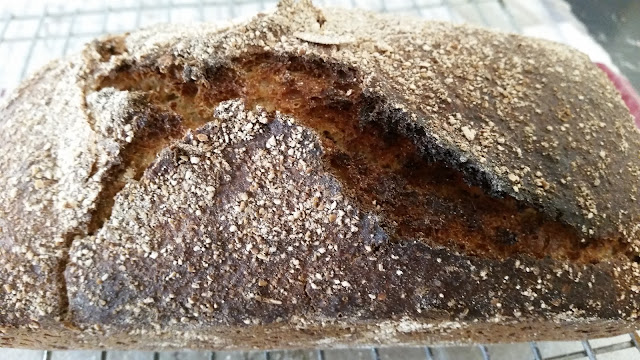 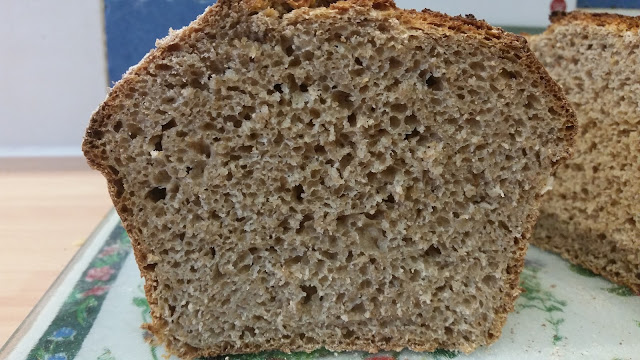 I hope that this has given you a few ideas.