I read on my facebook feed that you could improve the flavour of bread by using the water from boiling potatoes or pasta in the recipe, instead of plain water. Apparently the starch in the water acts as a dough enhancer.

What a brilliant idea I thought, and so logical it makes you wonder why it isn't automatic.

Although I already use this water for a gravy base, it gives me another thing to try. And as today is a bake for myself day, I decided to give it a go. I had just boiled the potatoes for our roast (Gammon since you ask) so I saved the water in the fridge, once it has cooled enough not to kill the yeast, I will make a Wholemeal loaf.

I use Organic Wholemeal flour and 70% hydration, so I needed 525ml of water for 750g of flour. This is just right for my 2lb loaf tins (too many units there!) but I'm sure you know what I mean. Anyhow, I mixed it up and left it to prove in my oven. 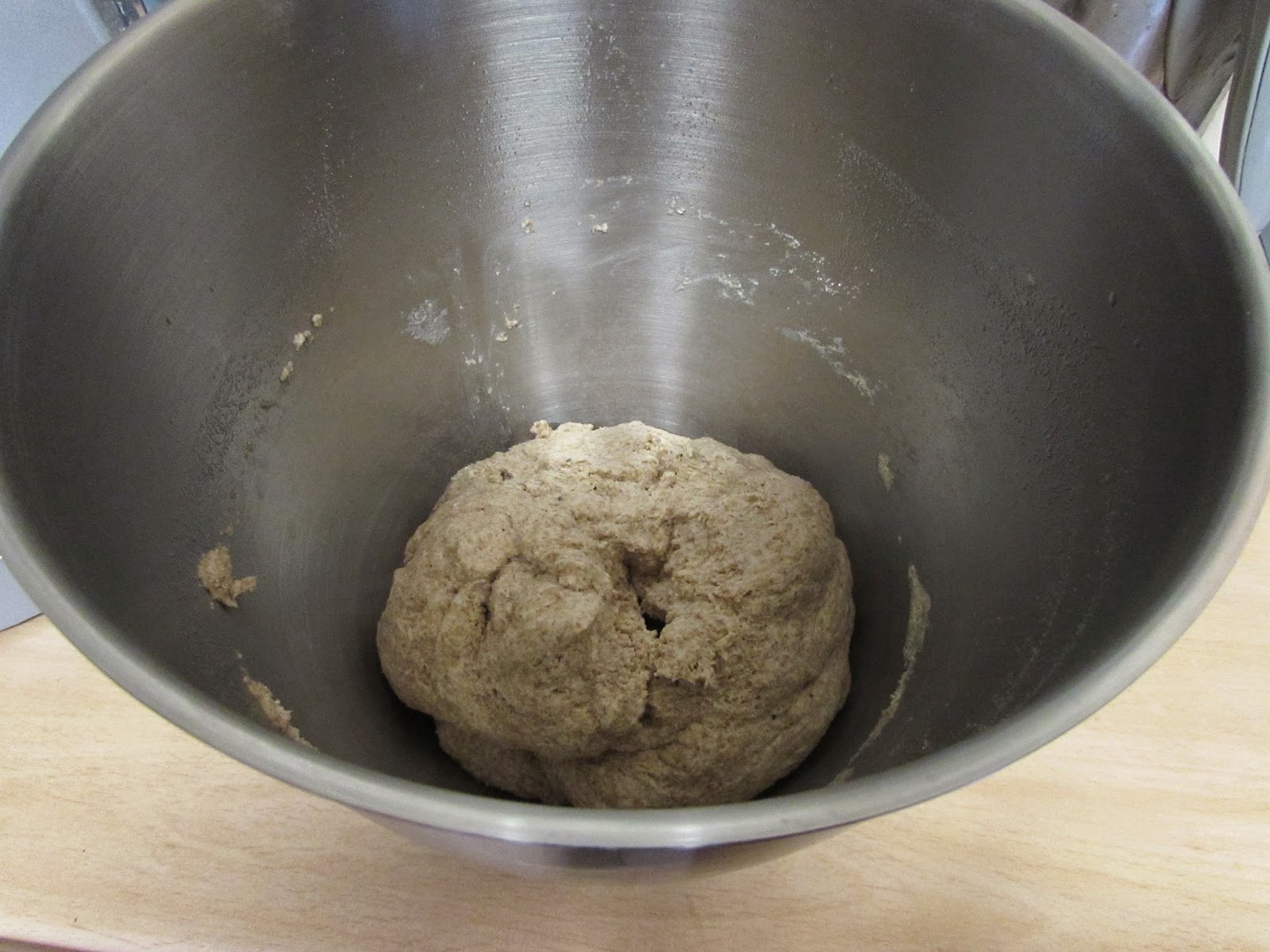 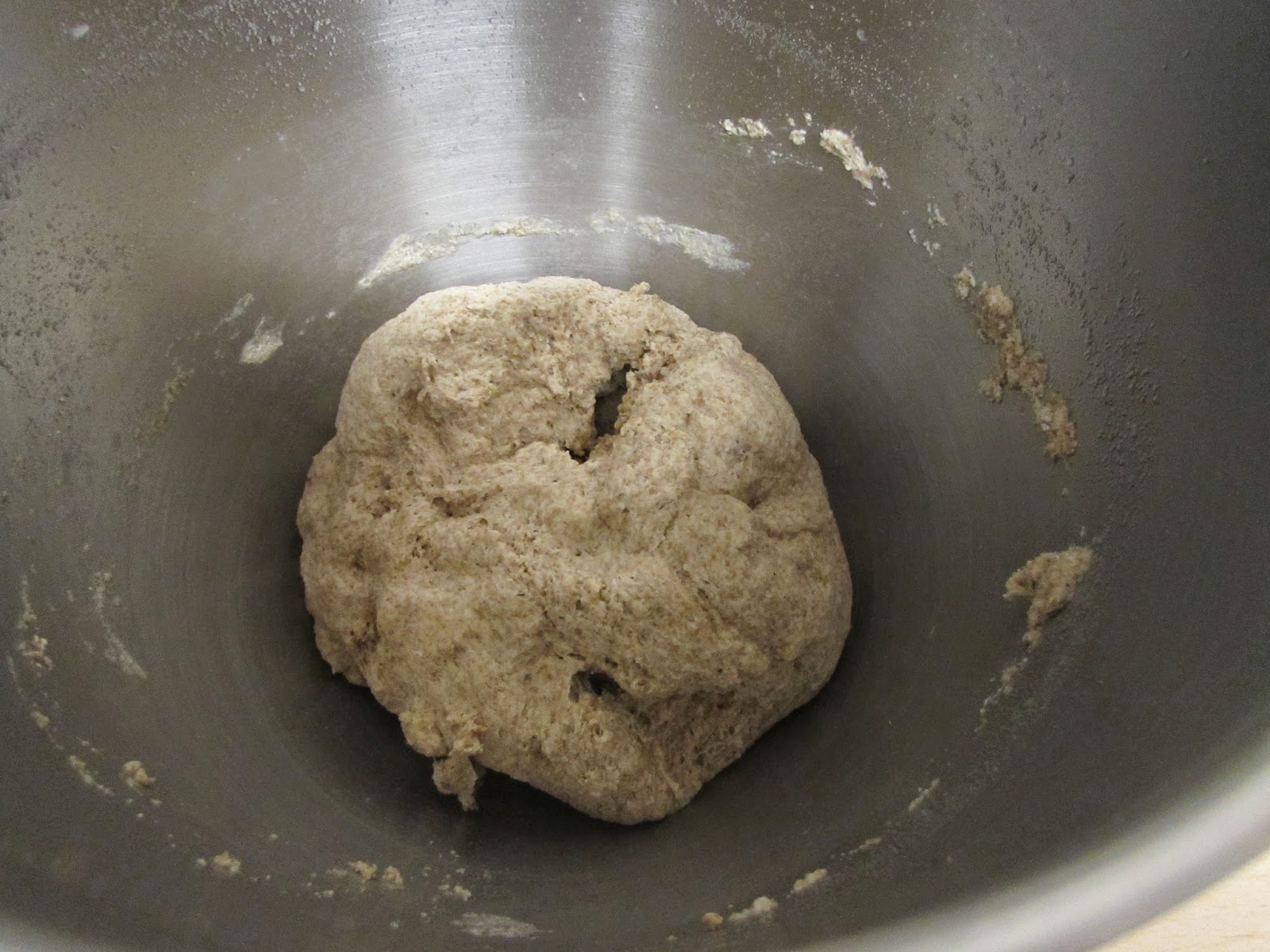 60 minutes later it had risen well, 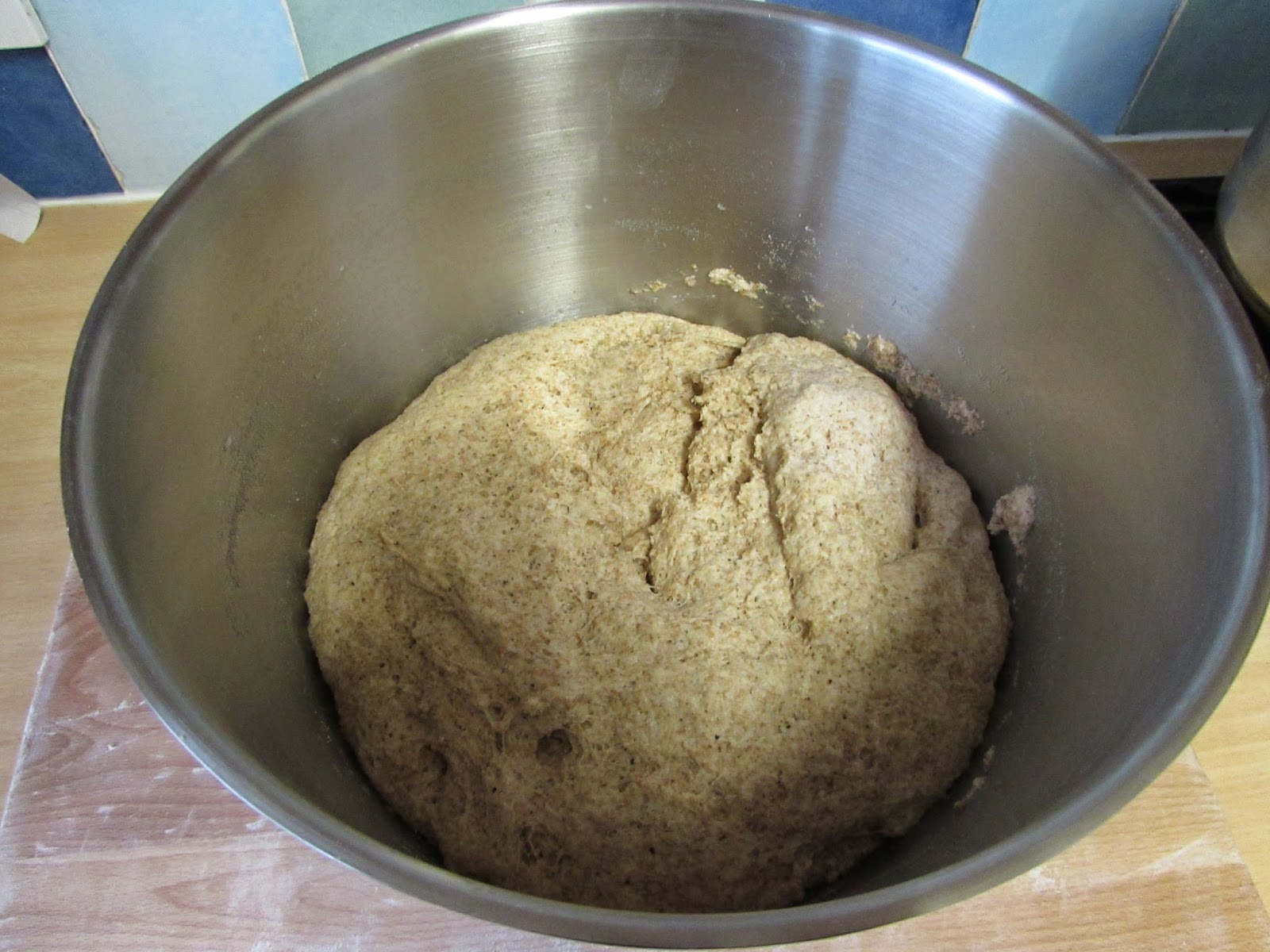 so I shaped it and left it for a second rise, whilst the oven warmed up. 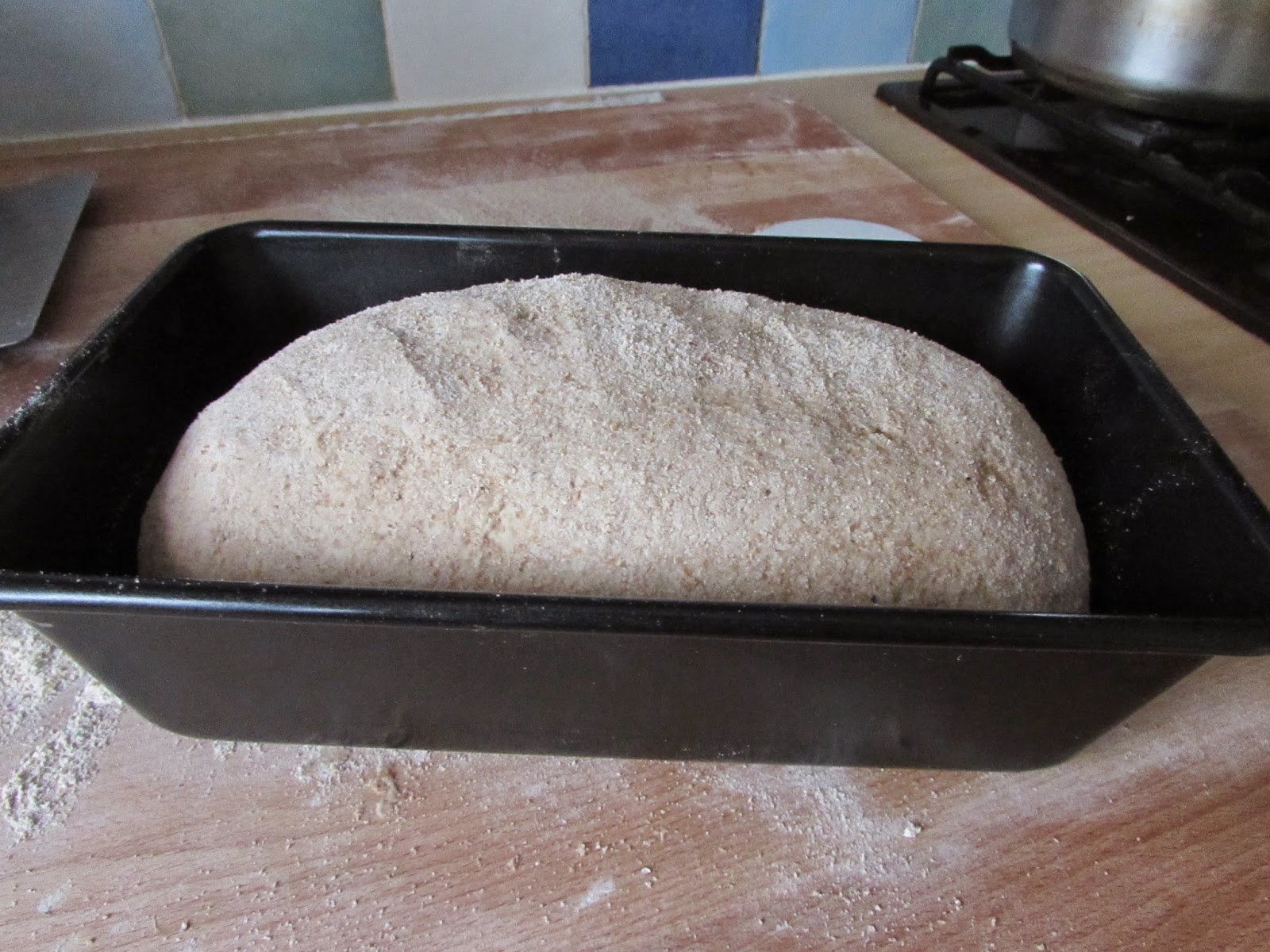 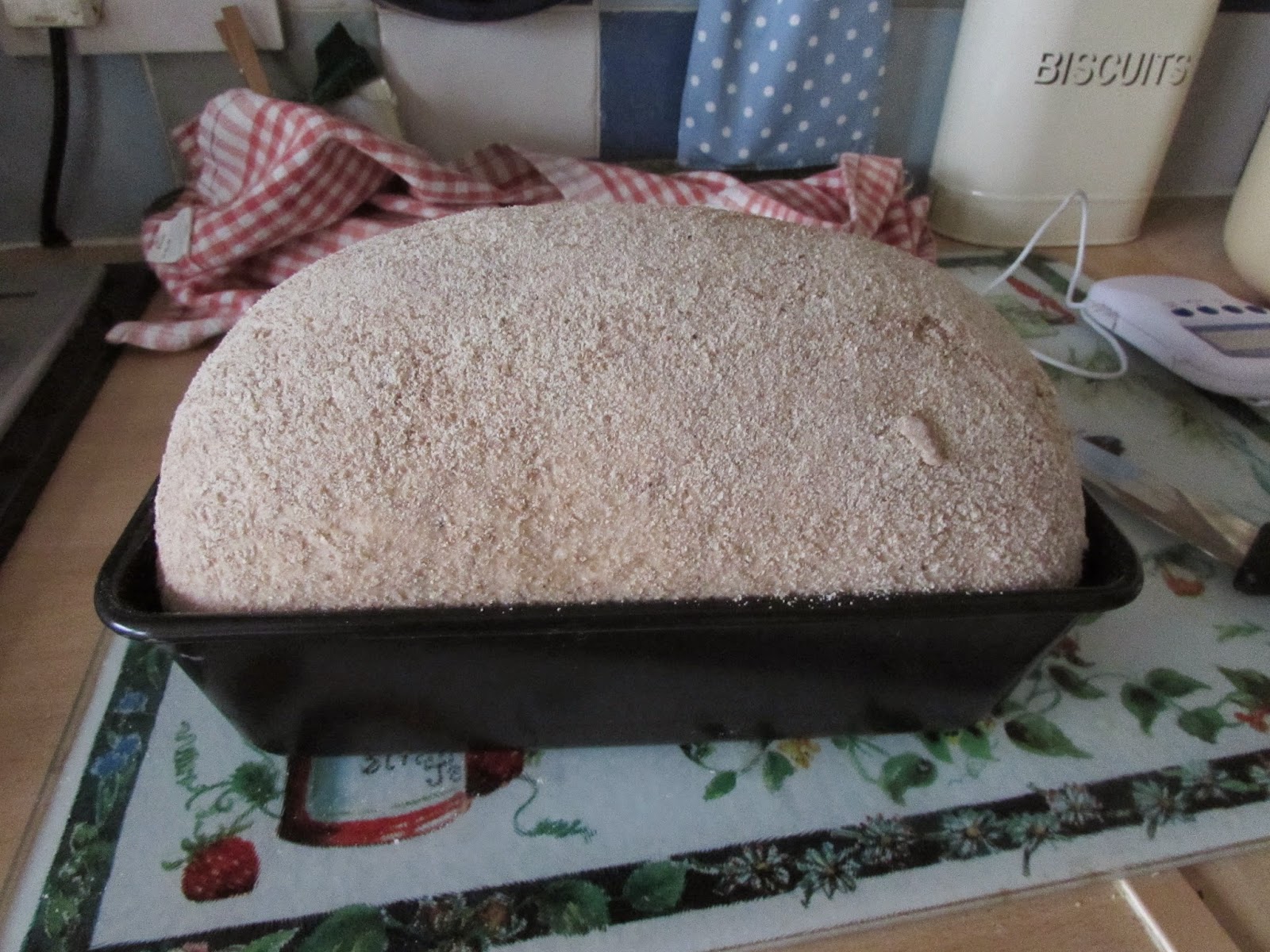 a cut across the top,﻿ 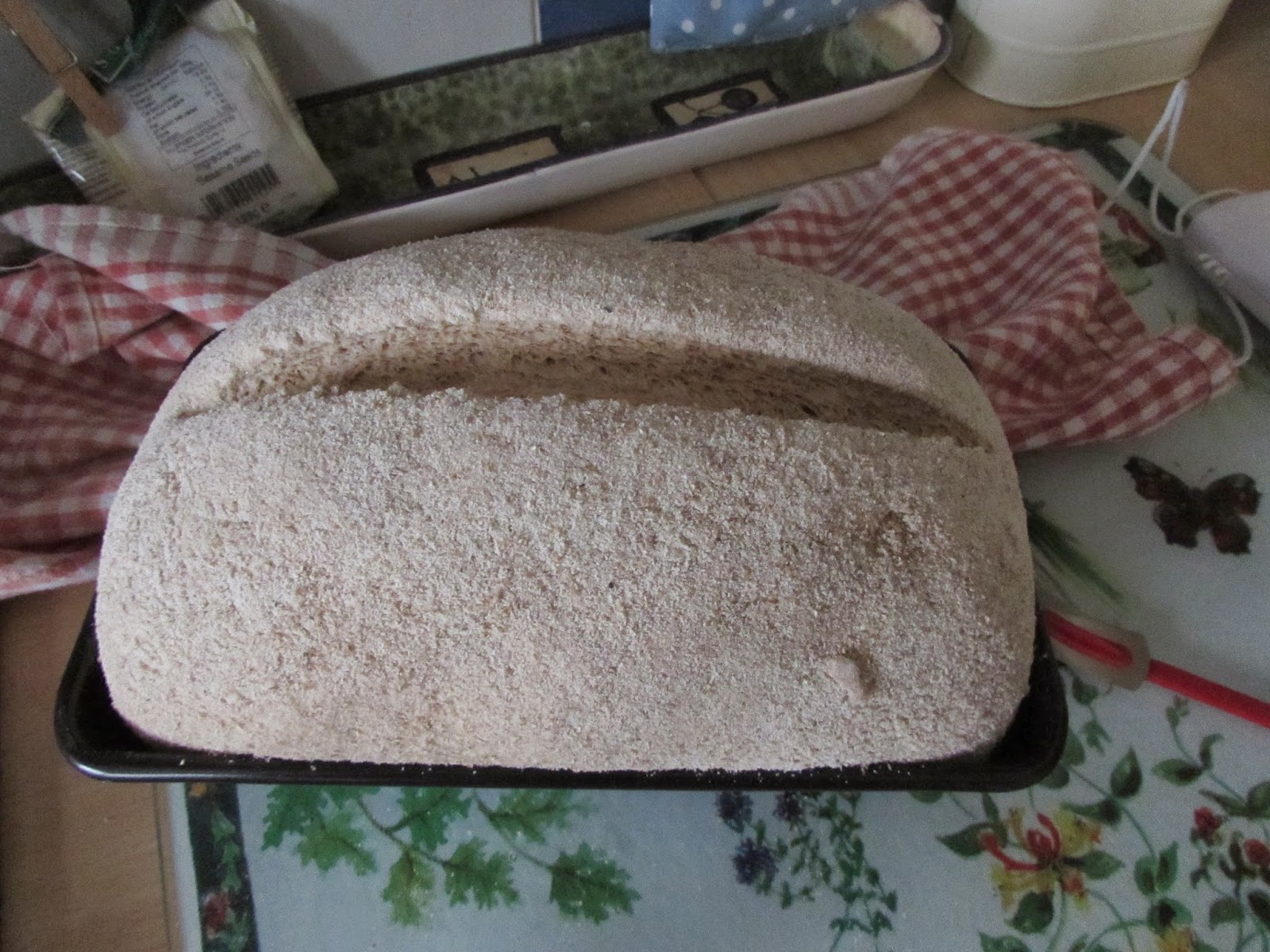 Then it went into the oven for 45 minutes. 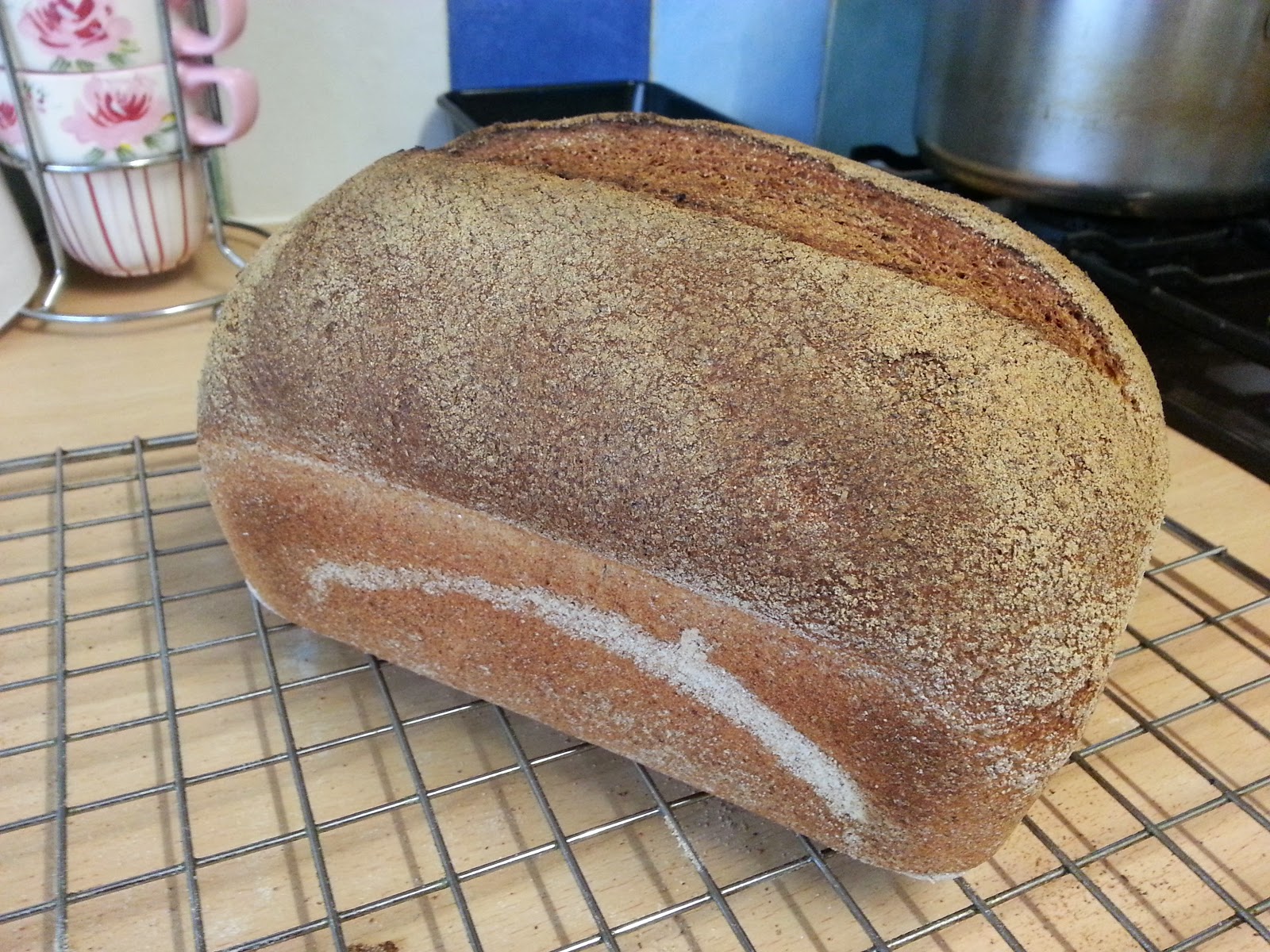